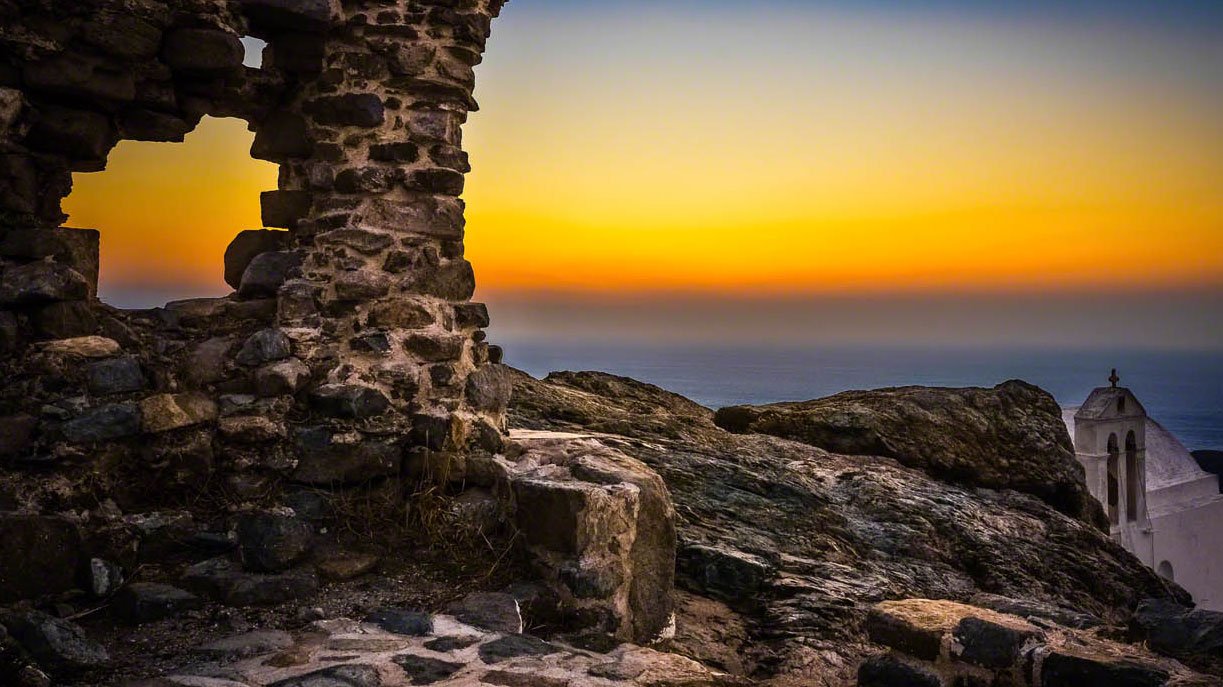 Mythology: The island of Serifos, “the iron island” as it was called, according to mythology was inhabited by powerful and gigantic Cyclops. The formidable Cyclops lived in the cave below Psaropyrgos, but as a project, they are credited with building large walls throughout the island, the remnants of which are said to be the walls of Liomandra and the White Tower. The Cyclops, the children of Poseidon, were the first to take advantage of the island ‘s mineral wealth and create an early civilization that later bequeathed to humans. Serifos was known in the mythical years and for another reason.Akrisios, the king of Argos, Polydectes, sons of Magnetos and grandchildren of Aeolus, imply that the first inhabitants of the island were of Aeolian origin.learning from an oracle that his grandson would deprive him of his life, he locked his daughter Danae in the palace, so as not to have a child. Zeus, however, fell in love with Danae and, transformed into a golden rain, managed to unite with her and fertilize her.
When Akrisios was destined to threaten him, he locked his daughter and her newborn son in a box and threw them into the sea. The box ran aground in Serifos, in the palace of the Network, the brother of the tyrant Polydectes, who willingly hosted them. Polydectes fell in love with Danae and wanted to get rid of her son Perseus, who was standing in the way of his plans to seduce her.he sent him to kill the horrible Medusa, the mortal sister of the immortal mermaids, who stoned anyone who saw her. Perseus killed the monster using the gods’ gifts for weapons, and especially the shield that Athena gave him . The shield reflected the image of Medusa and in this way he could see it without risking becoming a stone. Perseus returned to the island where, displaying Medusa’s head, he stoned Polydectes and several of his followers. According to the legend, the rocky form of the island is also due to this fact .