The History of Serifos 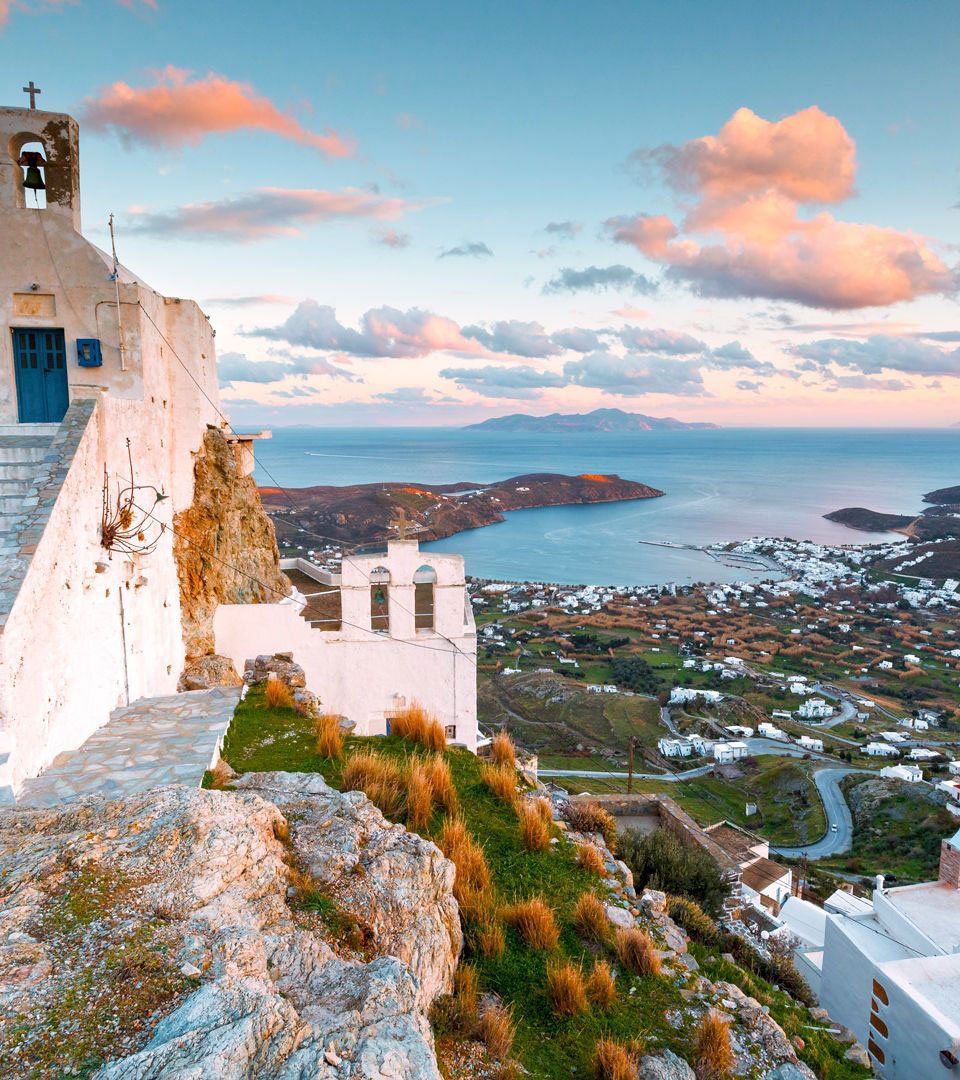 Serifos is an island in the Aegean Sea that belongs to the Cyclades. The capital of the island is Chora (or Serifos ), which is built at an altitude of 200 m. The port is Livadi, while other large settlements are Koutalas, Megalo Livadi and Kentarchos. The area of ​​Serifos is estimated at 75,207 sq.km. while it has a coastline of 83 kilometers. The 2011 census had a population of 1,420. The island flourished in the late 19th and early 20th centuries, when mining companies were exploited to exploit its rich subsoil. Later, however, the mines were abandoned because mining was deemed unprofitable, and several settlements were deserted.

From ancient times it is known as a barren island. The highest peak is Tourlos and has an altitude of 585 m. Its subsoil has hematite deposits (Fe 2 O 3 ) and magnetite (Fe 3 O 4 ) formed by contact transformation at the limits of a granite penetration and are skarn type deposits rich in various minerals. In the southwestern part of the island, Koundouros site, there are copper deposits as well as remnants of copper ore mining on the site with the eloquent toponym “Skouries”. The copper rusts in this place above the adjacent bay of Avesalos, stand there as false witnesses of metallurgical activities from prehistoric times to late antiquity.

In the area of ​​Moutoula, in the northern part of the island, near the settlement of Galanis, a small appearance of mixed sulfide minerals is known, where in the past there was limited exploitation. In 2004, a dam with a capacity of 700,000 m3 was constructed at the Steno site near Livadi for the water supply and irrigation of the island.

Famous beaches are Livadakia , Kalo Ampeli , Ganema and Vagia in the south, Malliadiko , Megalo Livadi and Alessalos in the west, Sykamia , Platis Gialos and Dyo Gialoudia in the north and Psili Ammos , Agios Sosti , Agios Ioannis and Liain the East. The island has three main paved roads. The first leads from Livadi to Chora. After Chora, the road branches off. One road covers the northern and eastern part of the island (northern peripheral) and the other the southeastern (southern peripheral). Both branches return circularly from the south to Livadi. Near Serifos are the islands of Serifopoula in the north and Vous in the east.